skip to main | skip to sidebar

They don't make intellectuals like Ernest Gellner anymore.
Gellner (1925-95), a ranging public intellectual in the grand Central European tradition, was raised in Prague's Dejvice district, but when the Nazis marched into the city, he and his family left for London, where they lived in a milieu of other Czech Jews. Gellner's life and work are presented by John Hall in Ernest Gellner: An Intellectual Biography, the fruitful result of Hall's meticulous survey of the tomes of published and unpublished materials that Gellner produced. This is more an appreciation than a critical study of a legacy, but it does a fine job of putting Gellner in his historical context.

Gellner is best known for his theory of nationalism, by which he argued that economic growth through industrialization requires the construction of cultural and linguistic units larger than towns or tribes but smaller than empires. Nationalists homogenize diverse populations by standardizing a language and using the state's universal education system to impose it. In multi-ethnic states, industrialization creates two dissatisfied classes: minority-language intellectuals with blocked upper mobility and peasants who move to the city for work.
Αναρτήθηκε από GERAKIOS - FLOUDA LAWFIRM στις 2:41 π.μ. Δεν υπάρχουν σχόλια: 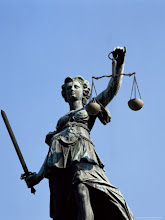